Sometimes you may wish to run a mixed ANOVA - an ANOVA with both between and within factors. Again, in R this is easy to do.

Imagine you have data from two groups (men and women) at two time points (week one, week ten). See the plot below.

Assuming that the men are on the left and women are on the right, you might hypothesize that men have greater scores at Week Ten as opposed to on Week One, whereas there was no difference between scores for women at Week One and Week Ten. You could test this with a mixed ANOVA.

Use the following commands to run a mixed ANOVA: 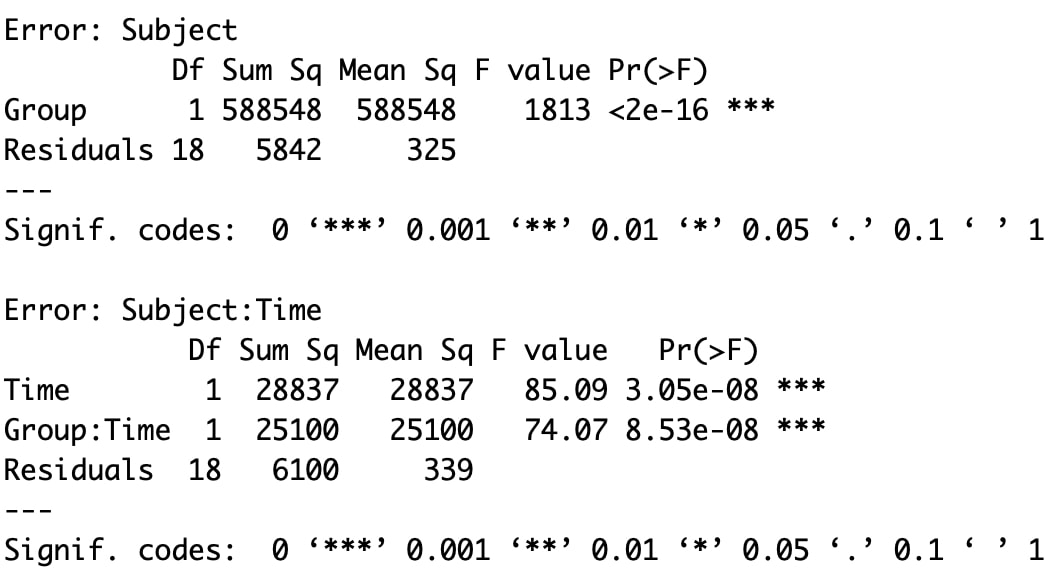